Finding Exercise Motivation When Willpower is Not Enough

Decision fatigue. A Powerful Phenomenon That Slowly Erodes Our Willpower

The latest fascinating bit of science uncovered by psychologists that affects all of us in one way or another is decision fatigue. This powerful phenomenon slowly erodes our willpower and decision making ability on a regular basis. It can make an NHL goalie prone to dubious choices in the later part of the game and a President likely to disastrous dalliances later in the evening. 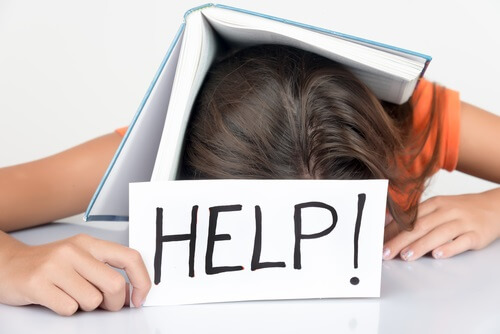 Few People Are Aware of Having Decision Fatigue

It’s why ordinarily sensible people get angry at colleagues and families, splurge on clothes, skip exercise and buy junk food at the supermarket and can’t resist the dealer’s offer to rustproof their new car.  It can routinely warp the judgement of everyone, rich and poor, executive and non-executive and in fact, it can take a special toll on the poor. Yet few people are aware of having it, and now researchers are just beginning to understand how to counteract it when it happens.

It doesn’t matter how rational you try to be, you can’t make multiple decisions without paying a biological price. Far different from ordinary physical fatigue, you’re not consciously aware of being spent, but you’re low on mental energy.

The More Difficult Each Decision Becomes

The more choices you make all day, the more difficult each decision becomes for your brain, and eventually as time passes, takes shortcuts, typically in either of two methods. One shortcut is demonstrating a reckless act of impulse instead of focusing the energy on thinking through the consequences. (Sure, Tweet or Instagram that photo! What could go wrong?)

Cutting corners even when exercising is the ultimate energy saver: do almost nothing. Instead of agonizing over decisions, avoid having the choice. Ducking out on a decision often creates bigger problems in the future, but for the moment, it gives relief from the mental strain. You start to resist any change, and any potential risk like releasing a prisoner who might commit a crime.

So the fatigued judge on a parole board takes the easy way out, and the prisoner may keep doing the criminal behaviour. In simple terms, we have a limited capacity for making decisions, and the more decisions we have to make, even simple ones, such as plastic or paper, weights or cardio can slowly wear us down and send our exercise willpower into a tailspin until it is crumpled and we are cowering in a corner.

Individuals Have a Finite Amount of Willpower

Roy Baumeister a social psychologist, conducted experiments aimed to measure and study mental discipline. His study’s results surprised many as it showed that individuals have a finite amount of willpower, or mental energy, for self-control. When people resists one temptation, such as eating candy or warm chocolate-chip cookies, they were less able to resist other subsequent temptations.

Another experiment of his had people resist getting emotional during a tear-jerker movie. After succeeding in this task, however, they gave up more quickly while working on tasks requiring self-discipline, such as solving various puzzles and squeezing a hand-grip fitter.

Willpower is a Type of Mental Fitness

Baumeister’s conclusion was that willpower was actually a type of mental fitness, and no different than a muscle, it could be driven to exhaustion. Previously, researchers focused on acts of self-restraint draining willpower, but over time the theory became more generalized. It turns out that all sorts of decision making can empty these mental energy stores.

The 100’s of decisions we make each day (what to wear, what to eat, what to buy, what project to start first, what route to choose, or optimal workout to do…) result in a sort of mental fatigue.

Knowing that we have a limited amount of available mental energy, we learned that if you use up your stores of willpower on little, or lesser important decisions, there will be no chance of making a good decision at the end of the day. This may be a concern to you if you find that you choose eat clean all day but cave in to resist temptations at night, or can’t make yourself go to the gym after work.

Having done dozens of small decisions during the day, you may find that by 5pm you can’t decide if you want to exercise, get take-out, cook at home, call your mom, or walk the dog. Eventually considering to give up, and do nothing.

Not Necessarily Related to Your Lack of Willpower

This research can help you recognize that it’s not necessarily related to your lack of willpower; it may be related to the number of decisions you’ve already made in a given day. Baumeister points out, “Even the wisest people won’t make good choices when they’re not rested and their glucose is low.”

That’s why the truly wise don’t restructure the company at 4 p.m. No one makes major commitments at the time of cocktail hour. And if there must be a decision demonstrated later in the day, they are sure to know not to do it with an empty stomach. Top decision makers are individuals who know when not to trust themselves.

• Hire a personal trainer. A certified personal trainer can be the source of a tremendous amount of motivation when you have none. An elite personal trainer allows you to use their willpower to tap into your own. All you need to do is show up and they can make the rest of the decisions for you.

• Be aware of how you use your willpower reserves each day. Just recognizing this phenomenon can help you conserve your decision-making energy for the most important decisions.

• Have self-control. Baumeister found that people with high levels of self-control actually structure their lives in a way that conserves willpower. They don’t put themselves in situations that require making lots of decisions or exerting willpower. They don’t take on numerous responsibilities and resist endless temptations. They plan ahead and make intentional choices.

• Exercise first thing in the morning. You heard it from INFOFIT! In addition to the fact that those in the morning tend to be more consistent, if you workout in the morning, you are more likely to have more decision-making energy available.

• Add fabulous music. Music has been shown to increase exercise motivation, so plan a great playlist and plug into some ready-made willpower.

• Plan your day. Especially for personal trainers and athletes, it’s important to make decisions about your training early in the day. So decide what exercise and when you’ll do it first thing in the morning, and put it on your calendar.

• Plan your week and set goals. Better yet, set up a weekly training plan so you don’t have to decide what to do, or when to do it. The decision will have already been made, so you, as Nike says, “just do it.”

• Take time to rest. If you find you have decision fatigue, recognize that you’re more likely to act impulsively or do nothing at all. Learn from this and make small adjustments for the next day.

Plan ahead and be mindful of the many decisions you make each day, and as the saying goes, “don’t sweat the small stuff.” Adopting a few simple strategies makes it much more likely that you’ll be able to save your willpower for the decisions that really matter most to you.