Motivated by the growing occurrence of anterior cruciate ligament injuries, researchers developed training programs to reduce that number. These programs, formally known as neuromuscular training, use a series of exercise movements to teach athletes how to land, cut, shift directions, plant their legs, and otherwise move correctly during play. They are less likely prone to injuries. Studies have found that these programs reduce the number of A.C.L. tears per season by more than 50 %, particularly among female players, who have a higher rate of A.C.L.tears than male players do.

Questioning what might motivate coaches and other interested parties to take up A.C.L. injury-prevention programs, a resident in orthopedic surgery at Presbyterian/Columbia University Medical Center, Dr.Eric Swart, and team set out to find the advantages. They gathered various clinical trials tied to neuromuscular training. They then developed a hypothetical model of what could happen in a sports league composed of female and male athletes from ages 14 to 22, if they practiced A.C.L. injury-prevention or not.

Firstly, medical costs associated with A.C.L. tears are eye opening. Prices estimated $15,000 for reconstructive surgery and rehab. If the incidence of A.C.L. tears is reduced to about 3% among athletes practicing this kind of training, as the clinical trials revealed, then, the scientists concluded, the cost of these injuries worked out to $500. per player. 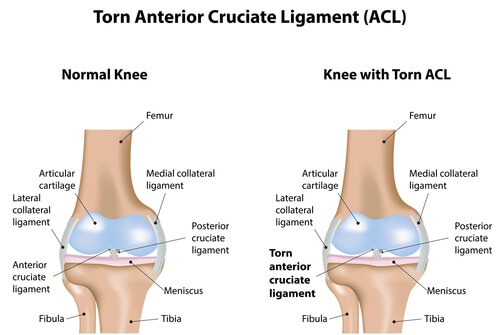 However, when the analysis was changed by neuromuscular training, the probability of injuries dropped to about 1.5%  and a cost averaged about $1.25 per player per year. More importantly, the cost of the training required almost no equipment and is found free on the Internet.

Universal neuromuscular training is by far a better way to warm up according to strength and conditioning athletic trainer  Fran Quintana. The programs emphasize landing with knees bent and in the proper alignment. Programs consists of warm up exercises lasting up to 15 – 20 minutes, jumping, side-to-side shuffling, squatting and marching all designed to help to wake up the brain and nervous system.

Among the most studied neuromuscular training program options are the PEP (Prevent Injury, Enhance Performance), and the FIFA 11, created by World Cup Soccer’s governing body ”The Fédération Internationale de Football Association.’ Both programs are free, and athletic trainers need no specialized training to teach them.

Universal neuromuscular training is cost-effective for athletes involved in any high-risk sports. Strength and conditioning athletic trainers are advised to mandate the systematic process to avoid injuries during the training. The exercises must be demonstrated in the correct form in the order prescribed to keep your player injury free.